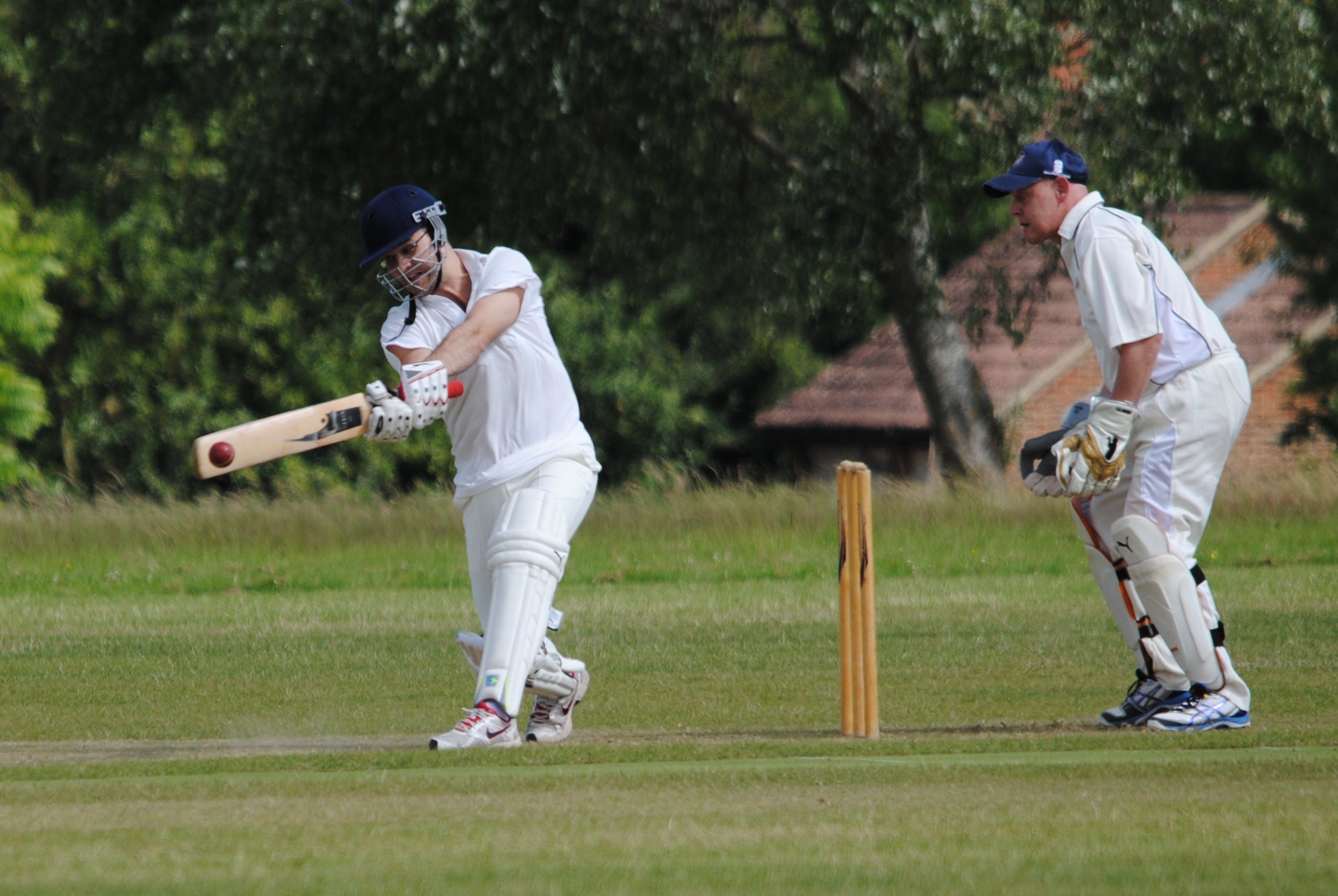 On a hot and sunny day, Salthill lost the toss and Invited to bat after failing to chase down 94 last week anything could happen.

Petersfield (played 6 won 6) started at about 7 runs an over Ashley court and Ryan dawtrey contributing to funds with a couple of 10 run overs. The ball was disappearing across a ”lightning” outfield to all parts. Steve King and Dave Wells offered the batsman a different challenge and under more pressure and some brilliant fielding from Patrick Elsbury the ever threatening Rice (58) was run out following a pick-up and diving throw. King dismissed the other opener, Austin (32) (an amazing one handed return catch!) , Dave Wells bowled well and gave up a miserly 18 runs from his 7 overs (match changing on the day). Anscombe batted resolutely for a deserved 51 but with the opening 3 contributing 141 the next 8 batsmen struggled to add a further 64, with Ryan Dawtrey’s second spell taking 4 for 12 runs and Rupert Fisk taking 3 for 28 the innings closed on 216 all out.

Salthill started as normal Alec Wallsgrove getting a good ball 2nd up, 1 for NOUGHT! Ashley Court (48) was joined by Scott Richardson and from that point steady progress was made. Significant contributions from all, notably Luke Carter (23), Patrick Elsbury (33), Rupert Fisk (34*) and Jack Holder finishing 37 not out the target was reached with a confidence belying Salthill’s recent batting horrors and with 6 overs to spare. Simpson and Rice slowed progress and Charles took 3 for 43 but to no avail. Salthill completed a 5 wicket win and adjourned to the bar. The game was played in the best of spirit with consistently fair umpiring from the first run out adjudged by Petersfield’s umpires and continuing without the league blight of leg side wides –very enjoyable, though the weather and multiple drinks sessions did help.