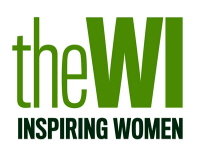 The Bosham WI 2017 year got off to a cracking start, with a fascinating, amusing and revealing talk from Susan Howe.

It is impossible to “categorise” Susan’s experiences – they are numerous and varied! She spoke to us about her experiences as PA to John Betjeman and then her knowledge of “Siegfried Farnon” from the wonderful TV series All Creatures Great and Small, aka Donald Sinclair.

John Betjeman (hereafter called JB) was eccentric; shambolic; child-like; terrified of all forms of medical attention……….. and sounded wonderful – if you had the patience and humour to cope!

Her introduction to JB, complete with Archie and Jumbo under each arm (teddy bear and elephant respectively) entirely consisted of JB worrying that Archie was “under the weather; wouldn’t want to go out to dinner or the theatre that evening and what was he to do”? Susan responded in kind: surely there was time for Archie to have a lie down and rest and then maybe he would feel more able to cope with their evening engagement?

She worked from his house in Smithfield Market, coping with his eccentricities on a daily basis (he wrote poems on the back of cheque books and then couldn’t find them) and met his disparate group of friends, e.g. Barry Humphries (Dame Edna); Mary Wilson (wife of Harold and a poet) and an unfortunate vicar, who was locked in the bathroom whilst JB made his escape.

When Susan left, JB said “Gosh, we had fun. Just a shame that you couldn’t type”!!

Through her flatmate, she met Donald Sinclair, whom Siegfried Farnon was modelled on.  Played by Robert Hardy in the TV series, Robert admitted that Donald was possibly the only character he hadn’t be able to “quite get”. Because Audrey, Donald’s wife, wouldn’t let him watch All Creatures Great and Small (as she knew he would be furious) he never understood why their veterinary practice became so famous and people from far and wide came calling to Thirsk, where they lived.

He was wiry, energetic and eccentric, a huge animal lover, particularly horses, but allowed no misbehaviour from animals – crows and moles were given harsh treatment. Also extremely tactile and, whilst no inappropriate behaviour took place, he was fond of young ladies sitting on his knee!

We could have gone on listening to Susan for a long time, but tea and cake called! We shall have to have her back to hear more of her life another time.

Our next meeting is on 1 February, when Madeleine Salvetti is going to talk to us about Mistresses and their Influence in History.

If you are interested in giving our WI a try do please come along to a meeting and meet us.