Bosham Football Club ended their first season back in the Sussex County League on high, by seeing off local rivals Sidlesham to claim the Division 3 Cup on a memorable evening at Pagham’s Nyetimber Lane ground.
A healthy crowd of 349 witnessed the Robins win the cup for a third time, with leading goal scorer for the season, Dave Storey, getting his side off to the perfect start – his 18th of the campaign. Nick Edgington then doubled Bosham’s advantage to put Andy Probee’s side a commanding position going into the half-time break, before Matt Docherty added gloss to the result in the closing stages with a fantastic strike to ensure the silverware headed back to Walton Lane.

The cup victory also gave Bosham reason to cheer after their Division 3 title ambitions faded in the closing weeks having lead the table for much of the campaign. Despite losing key players in Kieran Hartley and Graeme Dowden to Chichester City at the end of the year, the team comfortably finished in the top four following promotion only last season, and are sure to give the 16-team re-branded Southern Combination a real go in 2015/16.

Frank Antony’s reserves finished their season with a 1-1 draw at Rustington in the West Division, with Josh Williams on the score sheet with a superb effort into the top corner. The reserves made a significant jump up from the West Sussex League Division 4, but have done well to adjust to the improved standard after a difficult start. They continue to work in tandem with both the first and youth teams and play a vital role in the structure of the club.
Off the field it’s been another of success, with the Sport England improvement works carried out last summer to the clubhouse helping increase the club profile, with Portsmouth Ambassador, Alan Knight officially re-opening the building in August. This lead to a charity and club fundraiser in November taking place involving the ‘Pompey Legends’ which was well supported despite the forecast. The make-over of the clubhouse gave us the necessary standard not only for the League, but to assist with our longer term sustainability.
Our links with Portsmouth also assisted with the end of season presentation, with former striker Ray Crawford – one of the most prolific goal scorers of his generation – our guest of honour, accompanied by a replica of the FA Cup for attendees to enjoy. More on that next month!
We also successfully renewed our FA Charter Standard status to now incorporate our youth team – a kit mark in recognition of being a well-run organisation, providing organised coaching in a safe environment. 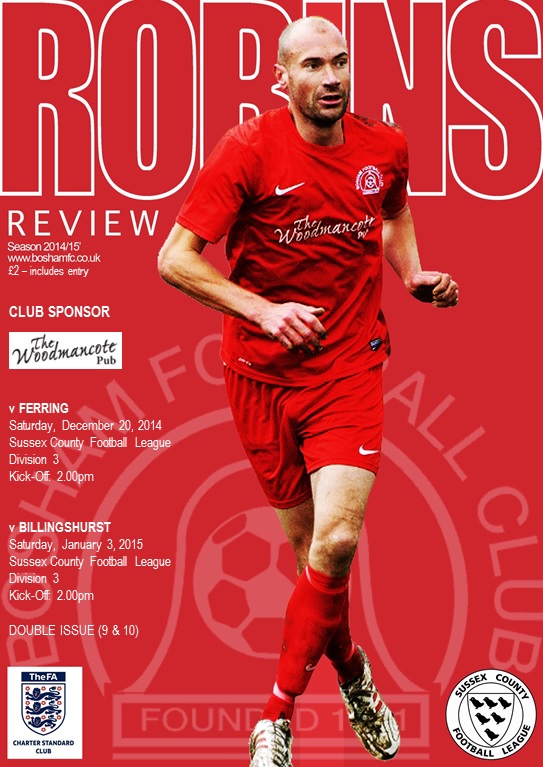 This status was also acknowledged at the Sussex Sport Awards, with Chairman Alan Price the recipient on the club’s behalf at a black-tie event in Brighton.
The club is proud to have given many youngsters the opportunity to not only participate, but progress into the senior set-up over the years, with our under 16’s – under the guidance of John Stead – looking to continue that trend. A second side at under 15 level will take to the field in 2015/16 to further strengthen our youth section – in part supported through our Football Foundation grant gained last season. If you are interested in joining the under 15’s next season, please get in touch with manager, Rick Kennett: 07749 865070.
Kick-backs from our FA Charter Standard status include free kit and footballs, in addition to receiving complimentary tickets to see the first England women’s game at Wembley Stadium – an inspiring occasion enjoyed by our under 16’s – many of whom had never been to our national stadium before.
The playing surface at Walton Lane has again been maintained to a high standard this season on finite resource, with Andy Probee – and Rhys Hughes from Mulberry Contractors – receiving deserved recognition via a visit from Southampton FC’s Head Groundsman, Andy Gray, as part of the Sussex FA Groundsman of the Year Awards.
The club’s website – www.boshamfc.co.uk – rubbed shoulders with clubs from higher up the pyramid in being ranked No 1 in the Pitchero network, while our presence on social media has grown significantly as we close in on 1,000 followers on Twitter (@BoshamFC). Our match day programme is again set to feature prominently at the Soccer Club Swap Shop programme awards – last season we received a ‘merit’ and were ranked 43rd nationally.
We are also looking to work in partnership with the Parish Council to assist their application for provision of a defibrillator to be sited at the adjacent Village Hall, which can be accessed by all users of the recreation ground. 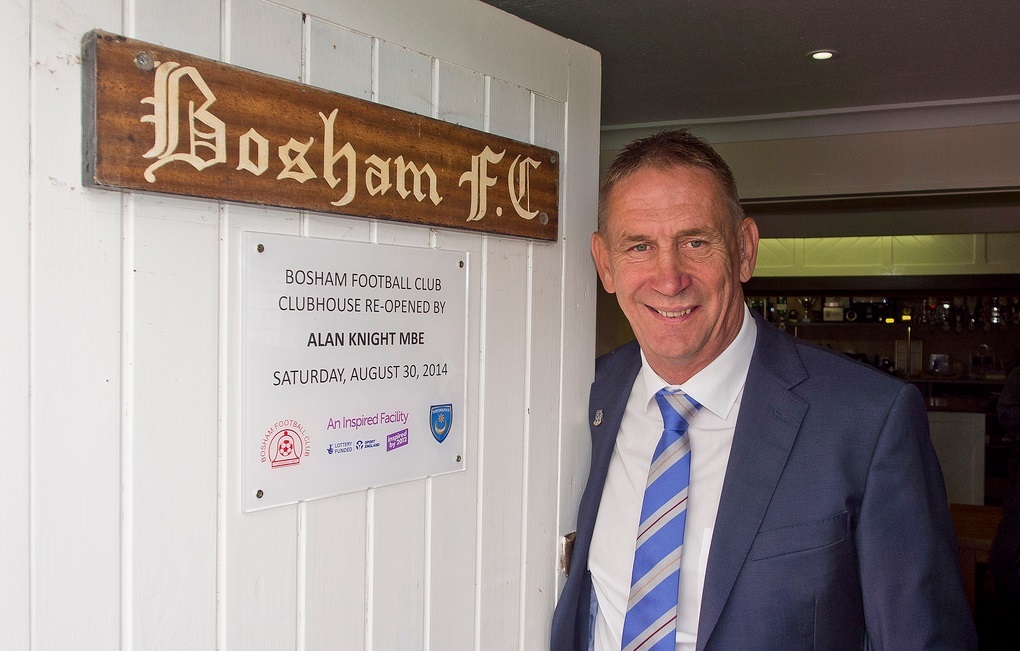 Calling local businesses! We have a number of cost effective advertising and sponsorship opportunities available for the 2015/16. As a voluntary run organisation, we rely heavily on the support on the effort of our committee and backing of sponsors to keep us thriving within the local community. We’re also on the look out for more match day help in the bar and kitchen. To be part of our winning team, please contact Commercial Manager, Simon Jasinski – simon@boshamfc.co.uk. Opportunities can be downloaded via the ‘commercial’ button on our website, BoshamFC.co.uk.